What’s Google Doing With Our Photos and Videos? 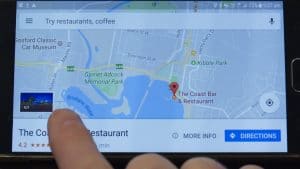 What’s Google Doing With Our Photos and Videos?

Every once in a while I get someone asking me questions about Google that truthfully, I can’t answer factually. But there are some trends and ideas that I think are worth thinking about.  When I read this article by Michael Boland, it made me think about the future of photo based navigation. It also reinforced my view that there a few key factors that make high quality photos and virtual tours so important.

Photo Based Navigation As Image Data

So what’s the point of hosting all this audio visual content for free? My best guess is that it all comes down to one word. Data! When you make data collection fun for people to create, simple to show off and free to share, you’re a lot more likely to get heaps of that data. All you need is hundreds of massive computer server farms around the world to host it all. And now the big question… why?

Audio visual content in the form of YouTube videos, virtual tours and standard still photos that typically gets published on Google’s platforms are often the most recent and authentic content available. Google is not the only organisation using this data for a future of photo based navigation. Facebook, Bing Places and Apple Maps are all places where photo content is being published. Each one of these platforms help reinforce the authenticity of the data collected.

Of course, if you’re predominantly a suspicious person, you’ll think, “what’s Google doing with all this data and are they up to no good?” Well, your guess is as good as mine on that. Here’s what I think. It’s all about A.I., artificial intelligence. It’s all about things like the ‘OK Google’ tools that lets you ask questions by voice on your mobile, or the new Google Home. Note… Google’s not alone with this. Apple’s doing the same thing with Siri.  The result is a way to help you use the aggregated data from photo based navigation to actually find what you’re looking for.

AI, for some people scares them & makes them think that machines are going to take over the world like some Orwellian sci-fi movie. Although that’s not impossible, the whole point is to first, get the data right. To do that you have to collect as shockingly massive amount of data, and you guessed it, photos, videos, audio, virtual tours, it’s all for Google data.

Think about how Facebook’s face detection works. You tag a face once with a name and it does a pretty good job of recognising that same face and putting the right name on the right face (most of the time). All you have to do is apply this to everything else in the ‘data’. Not all plates of pasta are the same, and Google can see the difference between linguine and spaghetti. It can do the same for recognisable symbols, brand logos, flora and fauna, facial expressions, you name it.

The more Google gets the recognition right, the more its AI will be able respond to our requests accurately and behave in a predictable manner. But what if all of this goes wrong? And is there a plan to prevent inappropriate use of this data for creating AI robots that work against the good? Some people for example such as Elon Musk thinks it’s worth investing in researching ways to prevent AI from doing more harm than good, which does make me think, if he’s concerned, then there’s probably a good reason to be concerned.

In the end though, we’re not about to see big data collection of any kind stop any time soon. It’s still growing at warp speed. My approach is pretty simple actually. If it’s going to happen anyway, I’d rather be an active participant in feeding the ‘machine’ and helping it get data that will help us all. This is one of the reasons why I see virtual tour photography as a truly positive contribution, not only for local businesses and the people looking to learn more about them, but also to cast my vote for good data with great photos.

As I’d mentioned to another photographer friend of mine a while back, standing in front a a moving train is not the best way to stop it from crashing. I’d rather get on the inside and learn to work the levers. That means taking a heap more photos to create more virtual tours and help as many people answer that one most important question, “what do you want people to see?“